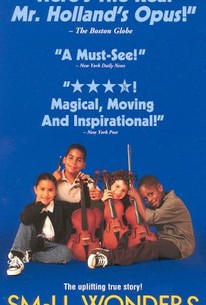 Originally titled Fiddlefest, this feature-length documentary was nominated for an Oscar for Best Documentary Feature and became the basis for the motion picture Music of the Heart (1999). Filmmaker Allan Miller follows the story of Roberta Guaspari-Tzavaras, an East Harlem, NY, music instructor who devises a unique solution to the budget cutback that eliminates her job in 1990. She founds a non-profit organization, the Opus 118 Music Center, to teach violin to 150 students selected by random lottery. A demanding, sometimes tyrannical teacher, Guaspari-Tzavaras expects extreme levels of dedication and commitment from her charges, even pupils as young as five. The payoff is public acclaim when the students perform the "Star-Spangled Banner" before a New York Knicks game at Madison Square Garden, then play at a Carnegie Hall benefit and meet with legendary musicians Isaac Stern and Itzhak Perlman. Produced at a time of vigorous national debate over arts funding in public schools, Small Wonders (1995) gained considerable attention for its topicality.

I won't deny that this subject is important, but the movie is put together in such a sloppy fashion that it wouldn't even be acceptable for a PBS special.

An inspiring documentary about a dedicated, demanding, and enthusiastic music teacher.

There are no featured audience reviews yet. Click the link below to see what others say about Small Wonders!