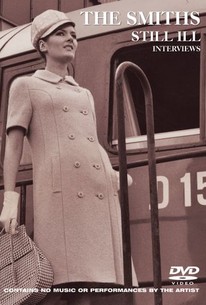 This illuminating documentary profiling Johnny Marr and Steven Morrissey -- the songwriting team behind ubërpopular English band the Smiths -- features intimate interviews with the duo. Despite their prolific musical partnership, Marr and Morrissey were constantly at odds, and their friction ultimately caused the group's breakup. Both artists candidly discuss their impressive collaborations and share their memories of the band's glory days.

There are no critic reviews yet for The Smiths: Still Ill. Keep checking Rotten Tomatoes for updates!

There are no featured reviews for The Smiths: Still Ill at this time.