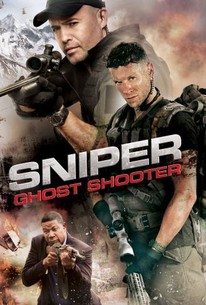 Elite snipers Brandon Beckett (Chad Michael Collins) and Richard Miller (Billy Zane) are fighting extremists in the Middle East when Colonel (Dennis Haysbert) gives them a new mission: to protect a gas pipeline stretching from the Republic of Georgia to Western Europe from extremists eager to make a political statement. But when skirmishes with the enemy lead to U.S. snipers being killed by a ghost shooter who locks into their exact location, a security breach is suspected. Fingers are pointed and battle lines are drawn, all leading up to an explosive climax.

There are no featured audience reviews yet. Click the link below to see what others say about Sniper: Ghost Shooter!