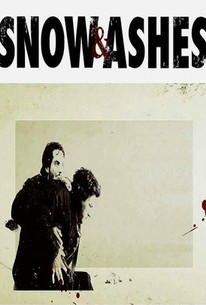 A reporter tries to uncover the truth about a traumatic event in this independent drama from director Charles Olivier-Michaud. Blaise Dumas (Rhys Coiro) is a Canadian journalist who has been given a dangerous assignment, covering the front lines in a war in Eastern Europe. Blaise is reporting on the fighting side by side with David (David-Alexandre Coiteux), a photographer who is also a close friend and colleague. One day, Blaise wakes up to discover he's back home in Quebec, and learns that he was injured during a skirmish and was sent home while in a coma. Blaise can't remember what happened to him, and is even more alarmed when he discovers that David didn't come home with him. Blaise tries to piece together the truth behind what happened to him on the battlefield and what became of his fiend while sorting out the shards of his memory. Snow and Ashes received the Grand Jury Prize for Best Narrative Feature at the 2010 Slamdance Film Festival. ~ Mark Deming, Rovi

There are no critic reviews yet for Snow & Ashes. Keep checking Rotten Tomatoes for updates!

There are no featured audience reviews yet. Click the link below to see what others say about Snow & Ashes!