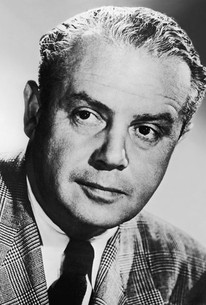 So Dark the Night Photos

Henri Cassin, a distinguished Parisian detective takes his first vacation in eleven years and journeys to the seemingly idyllic Michaud family inn in St. Margot. There he finds himself drawn to lovely young Nanette Michaud. Though Nanette is already engaged to local farmer Leon Archard, her mother wants her to marry Henri the detective in hopes of improving Nanette's social status. Soon a May-December romance blooms and Madame Michaud's fondest dreams come true. Unfortunately, her husband is against the match. Leon vows he will never stop pursuing Nanette and storms off. Later she vanishes and Henri finds her strangled corpse floating in a local river. He is deeply distraught and vows to bring the criminal to justice. Leon is the prime suspect, but then he too is found dead. The only clue Henri has is a muddy footprint and later a note announcing another murder. Madame Michaud is the next to die. After that, Henri returns to Paris to talk with his superior. Together they devise a physical description based on the footprint and take it to police artist. As a drawing takes shape a terrible notion dawns on Henri, one that is soon corroborated. So Dark the Night was the second film noir of Joseph H. Lewis. It is one of the few that is set in Europe and utilized special lighting and camera techniques designed to give viewers a detective-eye view of the crime and its ultimately grim solution.

Cynthia Gaylord
as Bootblack
View All

Critic Reviews for So Dark the Night

Transformation, whether of theme or person, lies at the heart of Joseph H. Lewis's cinematic identity.

The atmosphere of So Dark the Night is impressive, particularly for Oscar-winning DP Burnett Guffey's cinematography, utilizing pronounced angles to reflect a disoriented mind falling apart in the French countryside.

So Dark the Night is a brisk noir gem that meticulously builds suspense over the course of its short runtime.

Hitchcockian perfect-crime thriller... elevated attention to characters moving within space, his blocking as psychologically indicative as the vital performances he elicits.

There are no featured reviews for So Dark the Night at this time.

So Dark the Night Quotes