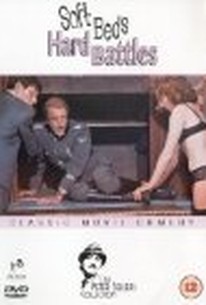 Peter Sellers stays busy in this comedy playing Hitler, Prince Kyoto, and four others in this tale of an anti-Nazi French whorehouse which supports the Allied war effort by exterminating the most dangerous of its patrons in the bedroom. Highlights include Lila Kedrova as the madame who becomes a general in the resistance, and Curt Jurgens as Gen. Von. Grotjahn, Sellers' nemesis. ~ Clarke Fountain, Rovi

Françoise Pascal
as Madeleine
View All

There are no critic reviews yet for Soft Beds, Hard Battles (Party for Hitler) (Undercovers Hero). Keep checking Rotten Tomatoes for updates!

There are no featured audience reviews yet. Click the link below to see what others say about Soft Beds, Hard Battles (Party for Hitler) (Undercovers Hero)!