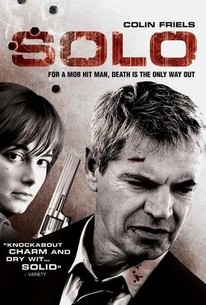 A criminal looking to go straight finds an unusual obstacle in his path in this crime thriller from Australia. Jack Barrett (Colin Friels) is a hired killer who has spent years snuffing out the lives of strangers at the behest of the Sydney Mafia. Jack has lost his taste for violence and wants to get out of the game, but while trying to sell his gun collection at a pawn shop, Jack makes the acquaintance of Billie Finn (Bojana Novakovic). Billie is a university student who is writing her master's thesis on organized crime, and when she guesses what Jack does for a living, she becomes a near-constant presence in his life, wanting to know everything about murder for profit and the men who pay him for his talent. While Jack is initially wary, he develops a soft spot for the nervy student, and he tells her a bit about what she wants to know. However, Jack's superiors soon get wind of his new friend and her project, and they begin to suspect she's learned more than they'd like, and they assign Jack a final hit -- kill Billie. Solo was written and directed by Morgan O'Neill, who won the assignment as part of a screenwriting contest sponsored by Miramax Pictures and Live Planet. ~ Mark Deming, Rovi

Feature bow by helmer-scripter Morgan O'Neill has knockabout charm and dry wit, but is hampered by blind fidelity to overfamiliar and often awkwardly applied genre conventions.

An assured genre film from an exciting new filmmaker, Solo looks at life from the point of view of a hit man whose conscience has caught up with him.

There are no featured audience reviews yet. Click the link below to see what others say about Solo!