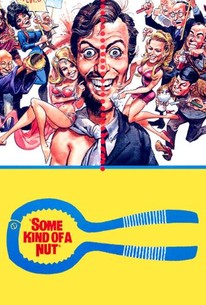 In this satirical comedy, Fred Amidon (Dick Van Dyke) is a Fifth Avenue bank teller waiting for his divorce to be finalized to end his marriage to Rachel (Angie Dickinson). He and fellow employee Pamela (Rosemary Forsyth) plan to marry once the ink dries on the decree. A Central Park picnic with Pamela finds Fred suffering a bee string on his chin, which he covers with a bandage, but Fred's bandaged chin causes concern for the bank vice president, who expresses his dissatisfaction. Fred then goes on a three-week vacation, and during that time he grows a beard because the bee sting makes it difficult to shave. He returns to work, and when he refuses to shave, he is branded a rebel and a symbolic hero in the worker struggle against management. The unhappy Pamela recruits her two brothers to capture Fred and shave his beard, leading to a slapstick chase with Fred clad only in his underwear. He is arrested and locked up in the local psychiatric unit. When Rachel hears of his plight, she is moved to resolve their marital differences, and the two reconcile with only minutes to spare before their divorce becomes final.

Heywood Hale Broun
as Himself

Carole Shelley
as Rita
View All

Critic Reviews for Some Kind of a Nut

There are no critic reviews yet for Some Kind of a Nut. Keep checking Rotten Tomatoes for updates!

There are no featured reviews for Some Kind of a Nut at this time.

Some Kind of a Nut Quotes