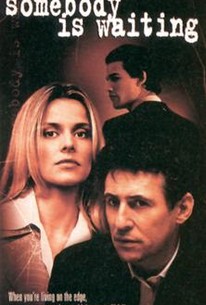 Things go from bad to worse for Leon (Johnny Whitworth). First, he gets arrested for drunk driving. Then, his beloved mother (Natassja Kinski) kicks him out of the house to keep him from influencing his younger brothers. She's not putting him out onto the street, however, as they meet at a bank where she is to set up an account for him. When his mother is killed and he is injured in a bank robbery, his despised drunk of a father (Gabriel Byrne) comes back to the home he left years before to look after Leon and his brothers. Then his father manages to accidentally kill himself while stumbling drunk. It's too much for Leon, who buries his father in the backyard, fearfully imagining he will be charged with murder. He goes on the run, tormented by beckoning visions of his dead mother.

Gabriella Battistoni
as Gigi
View All

Critic Reviews for Somebody Is Waiting

There are no critic reviews yet for Somebody Is Waiting. Keep checking Rotten Tomatoes for updates!

There are no featured reviews for Somebody Is Waiting at this time.

Somebody Is Waiting Quotes