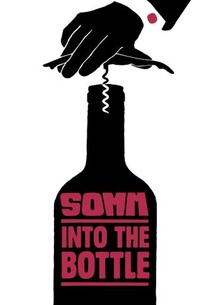 Four men will do anything to pass the most difficult test you've NEVER heard of... SOMM takes the viewer on a humorous, emotional and illuminating look into a mysterious world - the Court of Master Sommeliers and the massively intimidating Master Sommelier Exam. The Court of Master Sommeliers is one of the world's most prestigious, secretive, and exclusive organizations. Since its inception almost 40 years ago, less than 200 candidates have reached the exalted Master level. The exam covers literally every nuance of the world of wine, spirits and cigars. Those who have passed have put at risk their personal lives, their well- being, and often their sanity to pull it off. Shrouded in secrecy, access to the Court Of Master Sommeliers has always been strictly regulated and cameras have never been allowed anywhere near the exam, until now. How much do you think you know about wine? SOMM will make you think again. SOMM takes you on the ultimate insider's tour into a world of obsession, hope, and friendship in red, blanc and sometimes rose. (c) Samuel Goldwyn

Somm also provides the sort of general interest that comes from watching anyone involved in an endeavor that requires dedication, discipline and a touch of craziness.

Somm is studded with tiny, often amusing observations and insights into the highly specialized profession/obsession of sommelier.

"Somm," an inside look at wine stewards, attempts to unveil the secrecy of the master sommelier exam, and though the results aren't always vintage, there is some pleasant tasting to be had here.

By the end, despite the surface-y quality of the treatment, you're caught up in the suspense, the horse-race aspect of a very particular pursuit of knowledge and excellence.

[It's] a Herculean feat that all but requires advanced degrees in wine theory, history, geography, service and, most crucially, tasting, all of which director Jason Wise examines in crisp, quaffable if overlong fashion.

Somm is the rare documentary that truly has you invested from the very beginning, takes you on an emotional roller coaster, and teaches you something about a topic you may otherwise never have learned.

Perhaps one of the best messages in SOMM: Into the Bottle is that wine's ultimate raison d'être is to be enjoyed, so viewers can feel good about their evolving tastes and just drink it.

I found myself far more interested in the wines these guys were drinking than in them as individuals.

captures the tension, the drama, resilience of the human spirit with a fine, unfussy clarity and even a touch of whimsy

This film will teach you something new about the beverage and the people that make up its world, and at the very least, you will walk away with dozens of new ways to describe the sight, smell and taste of your favorite red, white or rosé.

There's some quirky fun and modest insight along the way, even if the whole process might seem silly to all but the most devoted wine connoisseurs.

An expertly-edited, compelling and even tense documentary that gets us deeply invested as we follow the obsessive dedication of four admirable candidates who have each a personality of his own and whom we root for as they bust a gut to pass a monstrous, nearly-impossible exam.