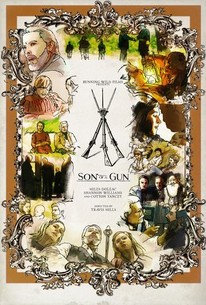 Son of a Gun Photos

Nearly a decade after the Civil War, a doctor in Vicksburg submitted a story to a medical journal that has since become legend. Legrand Capers told the tale of a bullet that miraculously passed through the private parts of one soldier and entered the womb of a young woman, impregnating her. Legrand's wild yarn was published and to this day has been debated, disputed, and even believed by many.

Critic Reviews for Son of a Gun

[Travis Mills] has created an equally intriguing drama about the stories that America tells itself.

There are no featured reviews for Son of a Gun at this time.

Son of a Gun Quotes