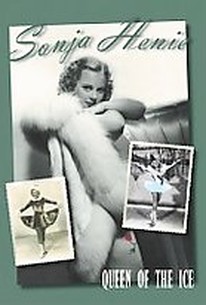 Norway's young Sonja Henie didn't give up after suffering several early defeats in her childhood ice skating career. She managed to prevail and eventually won the Olympic Gold Medal at the age of 16. Henie won a total of ten world championships before making a successful transition into an acting career. As this program reveals, she starred opposite such leading men as Tyrone Power, Richard Greene, and John Payne. Actor Cliff Robertson narrates the documentary. ~ Elizabeth Smith, Rovi

Critic Reviews for Sonja Henie - Queen of the Ice

There are no critic reviews yet for Sonja Henie - Queen of the Ice. Keep checking Rotten Tomatoes for updates!

There are no featured reviews for Sonja Henie - Queen of the Ice at this time.