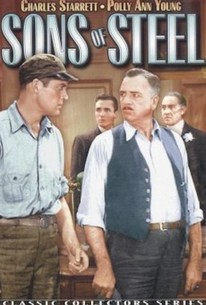 In this drama, two disparate brothers use radically different methods to raise their sons. The brothers co-own a successful steel mill, but that is about all they have in common. One of them is a social climber while the other is a hard worker. The trouble begins because the fathers insist on raising the boys to become spitting images of themselves. The hardworking father has never told his son that he owns the mill. The son grows up and stages a strike against the mill. Then he learns his father's status and begins trying to make peace.

Al Thompson
as Carson
View All

Critic Reviews for Sons of Steel

...not exactly "good," nor was the result of this trouble-plagued production likely close to what its creator envisaged. Still, it survives as a colorful curio that will certainly scratch that itch the next time you want a dose of Big Hair excess...

There are no featured reviews for Sons of Steel at this time.