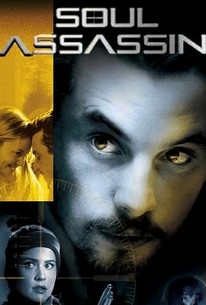 Soul Assassin is an action movie from The Netherlands made by music video director Laurence Malkin. Skeet Ulrich plays Kevin Burke, a recently promoted young executive at Jorgensen Financial in Rotterdam. After a hit man murders his girlfriend Rosalind (Katherine Lang), he goes off in search of the killers. Eventually, he gets his boss Karl Jorgensen (Derek de Lint) and the entire security division of the company on the investigation. This makes Karl's son Junior (Antonie Kamerling) jealous. Kristy Swanson plays the mysterious mobster Tessa. ~ Andrea LeVasseur, Rovi

There are no critic reviews yet for Soul Assassin. Keep checking Rotten Tomatoes for updates!

Obviously this is trash, trash with a hot scene, but that is about it, and that really isn't enough to make this even barely watchable!~

Tries so ridiculously hard to be arty/avant-garde/modern technically but only succeeds in making the movie unwatchable, thereby rendering the story as a distant secondary consideration. Not that this rehashed plot deserves any better treatment.