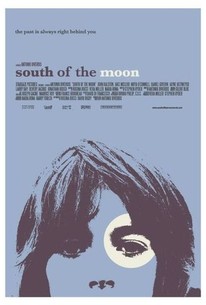 A pensive twelve year old swimmer is faced with a decision that will put the past on a direct collision course with the present in first-time feature filmmaker Antonio DiVerdis' wistful, character-driven drama. Coleman Hawkins is teetering on the brink of adulthood. By night Coleman is haunted by a mysterious woman, and by day he's infatuated with pretty classmate Alexa. Unsure of which path to walk in life, promising swimmer Coleman continually seeks out the advice of his uncle Matt, a hard-drinking musician who doesn't even appear capable of dealing with his own inner demons. The more Coleman questions his uncle, the more Matt finds himself reflecting on his long-lost love, the ethereal Mary McLaughlin. Later, just as Mary appears to reach out from the past and remind Matt of what could have been, Coleman weighs the opportunity to train for the Olympics in Vancouver against his desire to ensure that true love doesn't slip through his fingers.

Bjanka Murgel
as Dominique
View All

Critic Reviews for South of the Moon

There are no critic reviews yet for South of the Moon. Keep checking Rotten Tomatoes for updates!

There are no featured reviews for South of the Moon at this time.

South of the Moon Quotes