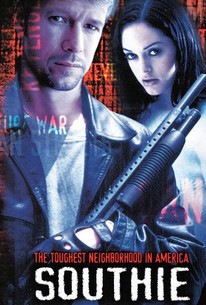 "Southie" is common usage in Massachusetts for a resident of South Boston. John Shea directed and co-scripted (with James Cummings and Dave McLaughlin) this low-budget crime drama which won the American Independent Award at the 1998 Seattle Film Festival. Out of money and out of luck, Danny Quinn (Donnie Wahlberg) leaves NYC and returns home to South Boston where his dysfunctional family is allied with an Irish Mafia crowd. When Danny's pals open a private casino with an assist from a different Irish Mafia group, this leaves Danny stuck in the middle when trouble erupts between the two factions.

Will Arnett
as Whitey

The acting excellence is ultimately cancelled out by the derivative nature of the story, which is not presented in a terribly fresh or distinctive manner.

A very familiar crime story, one that has been often done in recent times.

There are no featured audience reviews yet. Click the link below to see what others say about Southie!