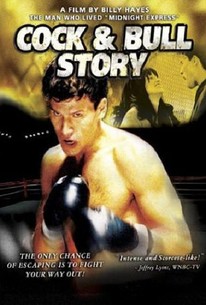 Bret Roberts gives a knockout performance as an up-and-coming boxer dealing with rumors about his sexual orientation. Brian A. Green costars as his macho best friend, who sets a trap to find out if the allegations are true. The film was written and directed by Billy Hayes, whose ordeal in a Turkish prison inspired 1978's "Midnight Express." A.k.a. "Cock & Bull Story." Wendy Fowler, Greg Mullavey, John Prosky, Darin Heames, Kay Lenz.

A load of affected hooey.

A gripping and honest exploration of maleness, sexuality, brutality and sports.

The homoerotic potential of the boxing drama is bluntly and clumsily plastered across the screen...

There are no featured reviews for Southside at this time.