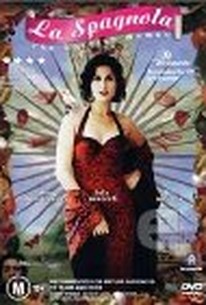 A coming-of-age tale set in the 1960s, La Spagnola is the first feature from Australian actor Steve Jacobs. Using a mixture of Spanish and Italian, the film chronicles a group of immigrants from the Mediterranean who have arrived in Australia to settle in communities out of the way of mainstream society. Lucia (Alice Ansala) lives with her mother Lola (Lola Marceli) next to an oil refinery after her father Ricardo (Simon Palomare) has abandoned them for the blonde, Australian Wendy (Helen Thomson). Lucia resents her mother for her father's absence, and they are left nearly broke after he neglects to give them money. Lola finds herself pregnant by Ricardo later and decides to self-induce an abortion with a knitting needle. Lucia begins to earn money as a doctor's interpreter, even though he is unaware of the differences in languages that exist. In an unforeseen event, Ricardo is killed in an accident. He bequeaths everything to his new girlfriend, leaving Lucia and Lola to fend for themselves in their offbeat, unpredictable society. The film was written by sometime actress Anna-Maria Monticelli. ~ Jason Clark, Rovi

There are no critic reviews yet for La Spagnola (The Spanish Woman). Keep checking Rotten Tomatoes for updates!

There are no featured reviews for La Spagnola (The Spanish Woman) at this time.