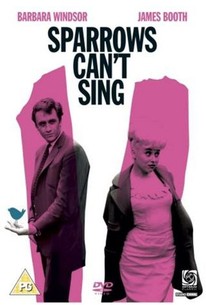 In this British melodrama, a merchant marine returns to his home after spending two-years at sea and discovers that his wife has vanished. His mother knows where the woman is, but refuses to tell him because she knows he will explode into violence if he finds out that his wife is living with a bus driver. His mother's silence really frustrates the sailor who then kidnaps his own brother and holds him hostage at a local pub. He will only free the lad if his wife shows up. His errant wife finally agrees to meet her former husband in a park. She brings her new child with her in a pram. Upon learning of her new living arrangement, the sailor wonders who the real father of the child is. Still he and his wife reconcile and move into his wife's home. Unfortunately, the little family is celebrating when the bus driver suddenly appears and tries to claim the woman as his own. Fisticuffs ensue until the defeated driver leaves. The couple then begins working hard to reestablish their relationship. Happiness ensues.

Yootha Joyce
as Paddy the Barman

A baby-voiced, buxom, battling Barbara Windsor stars in all her glory in this warm-yer-cockles Cockney drama that borders on panto at times.

Booth is a striking personality, a punchy blend of toughness, potential evil and irresistible charm.

Even for people weary of Britain's kitchen-sink school of realism on the screen, this impudent Cockney comedy can be recommended as lively entertainment.

The pace is jaunty, nothing is underlined or lingered over, the touch is light. [Director Joan Littlewood] has thrown a dozen Dickensian oddballs into the pot, stirred vigorously, and served up the mixture piping hot.

There are no featured reviews for Sparrows Can't Sing at this time.