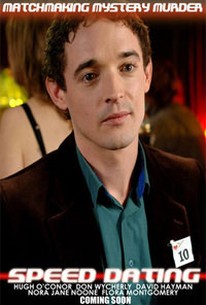 Tony Herbert's comedic thriller Speed Dating concerns a men who has inherited millions who decides he can end his lonesomeness through speed dating, a process where you meet a bunch of members of the opposite sex but only for a couple of minutes at a time. However the man soon becomes involved in a murder mystery, and comes down with a case of amnesia. ~ Perry Seibert, Rovi

There are no critic reviews yet for Speed Dating. Keep checking Rotten Tomatoes for updates!

There are no featured reviews for Speed Dating at this time.