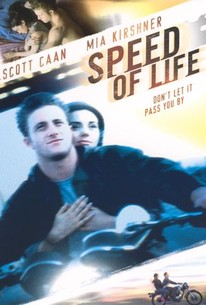 A young man is torn between responsibilities to his family, his intellectual and professional ambitions, and the temptations of easy money and casual pleasures in the downbeat drama Saturn. Drew (played by Scott Caan) is a college student trying to stay focused on his studies so he can realize his dream of becoming an engineer. But he's also been handed the responsibility of caring for his elderly father (Leo Burmester), who is suffering from an advanced case of Alzheimer's Syndrome. Drew must feed his father -- who can only speak with great difficulty -- bathe him, and change his diapers. The burden puts a great strain on Drew, who has a hard time resisting the offers from his old friend Arturo (Anthony Ruivivar) to join him in his profitable, if dangerous, life as a drug dealer. The temptations are only magnified by Drew's relationship with Sara (Mia Kirshner), a girl who lives for physical pleasure; Drew scores drugs from Arturo for her and, in exchange, she offers him kinky sex, but not love. Saturn was the debut feature from writer/director Rob Schmidt, and the dark, but compelling, story won a respectful response in its screening at the 1999 Los Angeles Independent Film Festival.

Critic Reviews for Speed of Life

the speed of life is pretty damn slow

There are no featured reviews for Speed of Life at this time.