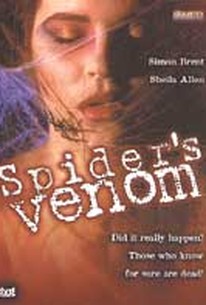 The Legend of Spider Forest is also known as Venom, though it bears no relation to the 1982 Klaus Kinski film of that title. Artist Simon Brent goes on working vacation to Bavaria. While in the forest, he meets an alluring young woman. She turns out to be the dreaded "Spider Goddess," who works hand and glove with mad scientists to kill victims with poisonous venom. An interesting if shoddily made variation on the Dracula legend, The Legend of Spider Forest might make a neat companion feature to Arachnophobia. ~ Hal Erickson, Rovi

There are no critic reviews yet for Spider's Venom. Keep checking Rotten Tomatoes for updates!

There are no featured reviews for Spider's Venom at this time.