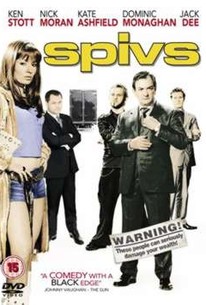 An elegant con-man adept at pulling off small-time swindles gets in over his head when a simple truck job inadvertently gets his crew involved in the black market immigrant trade in this stylish caper comedy that takes it's title from a British slang term for one who earns their keep through underhand dealings. Jack Pike (Ken Scott) can grift with the best of them. A lifelong criminal who gets by with a little help from his aimless brother-in-law Goat (Dominic Monaghan) and his faithful right-hand man Steve (Nick Moran), Pike has established himself as a virtual underworld aristocrat. When he agrees to partake in what appears to be a by-the-books truck job with his alluring rival Jenny (Kate Ashfield) and ends up with two Albanian children on his hands, however, double cons turn to triple crosses in a deadly game where survival, not money, is the only true sign of success. ~ Jason Buchanan, Rovi

Tarek Ramini
as Pavel
View All

It becomes quite grim and, although by no means perfect, uses the genre expectations to con the audience as well.

There are no featured audience reviews yet. Click the link below to see what others say about Spivs!