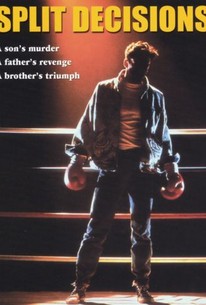 In this family drama, three generations of an Irish family with a proud boxing tradition try to battle their way out of New York City's Hell's Kitchen. Dan McGuinn (Gene Hackman) is happy his son Eddie (Craig Sheffer) has been accepted to college and is hopeful for a spot on the Olympic boxing team. The father has disowned his son Ray (Jeff Fahey) after he went against Dan's advice and signed on with an oily boxing promoter. When Ray dumps his sweetheart Barbara (Jennifer Beals), Eddie is left to console the broken-hearted woman. Ray signs on to fight Julian Pendroza (Eddie Velez), the promising fighter known as Snake. The winner of the bout is promised a chance for the championship title. When Ray refuses to throw the fight, he is killed by mobsters loyal to Snake. Eddie vows to avenge his brother's death by agreeing to fight the Snake. Dan is initially angered because Eddie will lose his chance for the Olympics but eventually gives in. Both Dan and his father Pop McGuinn (John McLiam) begin to train Eddie for the fight of his life.

Stephen Rowe
as Businessman
View All

It was an alright movie.