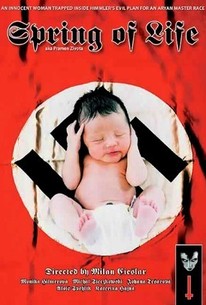 Milan Cieslar directs this war drama based on an actual Nazi project to groom young Aryan women for breeding. Soon after the Sudetenland is ceded to Germany, Gretka aces a "biological race examination" and is sent to the idyllic Isolde Spa. There, she along with fresh-faced lasses endure a strict social and physical training routine, though the reason behind the regimen does not become clear until a band of lecherous S.S. officers show up. ~ Jonathan Crow, Rovi

There are no critic reviews yet for Pramen Zivota (Spring of Life). Keep checking Rotten Tomatoes for updates!

There are no featured reviews for Pramen Zivota (Spring of Life) at this time.