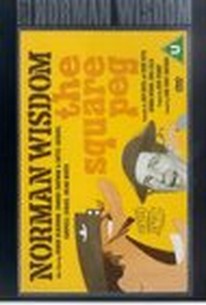 In this British comedy, set during WWII, a street laborer likes to harass the British soldiers and ends up drafted into becoming part of the British army labor regiment. Unfortunately, a mix-up occurs and he ends up being parachuted behind Nazi lines where he is mistaken for a Nazi officer. ~ Iotis Erlewine, Rovi

Brian Worth
as Henri Le Blanc

Critic Reviews for The Square Peg

Norman Wisdom is too unrelaxed, too self-conscious as yet, to be one of the great screen comedians.

There are no featured reviews for The Square Peg at this time.