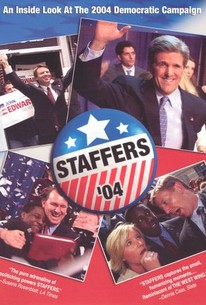 Steven Rosenbaum's documentary Staffers shows how the political process affects the foot soldiers who go to work in various candidates' campaigns for the presidency. Included are interviews with and footage of the staffers who worked during the 2004 campaign for John Kerry, Howard Dean, Dennis Kucinich, Joe Lieberman, and General Wesley Clark.

There are no critic reviews yet for Staffers. Keep checking Rotten Tomatoes for updates!

There are no featured reviews for Staffers at this time.