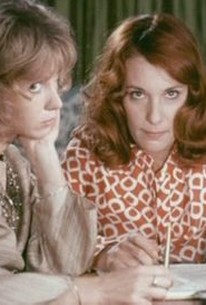 The difference between the glowing illusions of matrimony and its reality provide the basic theme of this comedy drama from the early 1970s. The story centers on a liberated woman who finds herself falling in love with a conservative traditionalist male. She is so in love that she agrees to give up her beliefs to marry him. Unfortunately, she soon discovers that her husband is more interested in having a trophy wife than a real working relationship with her. She is befriended by another such woman who teaches her the fine art of being a human accessory and ego boost to her husband. She then teaches her how to fudge on the bills so she can get the fancy things she desires. The new bride considers this advice and then convinces her new friend that dignity is more important than material goods. To escape the reality of her boring, oppressive marriage, the new bride begins to paint. Suddenly, her new friend is killed in a car wreck and the woman wakes up. Realizing that she does not want to live as she has been, she suddenly leaves her husband.

There are no critic reviews yet for Les Stances à Sophie (Sophie's Ways). Keep checking Rotten Tomatoes for updates!

There are no featured reviews for Les Stances à Sophie (Sophie's Ways) at this time.