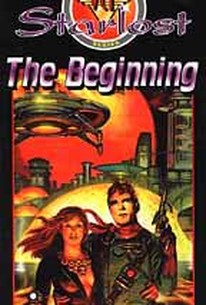 The Beginning consists of two hour-long episodes from the weekly TV series Starlost. Created by Harlan Ellison (who later disowned the project), this science fiction effort is set in the 28th century. Keir Dullea stars as a postapocalyptic youth who has been sentenced to prison for speaking his mind. Dullea escapes by stealing a huge space vehicle, Earth Ship Ark, in the company of the girl he loves (Gay Rowan) and his rival for her affections (Robin Ward).This "feature film" is comprised of the following episodes: "Voyage of Discovery", the series' pilot film; and "The Goddess Calabra", written by Ursula K. LeGuin, in which heroine Rachel (Gay Rowan) finds that she is the exact double of an extraterrestrial goddess. Though The Beginning ends on an upbeat note, its impact was dulled by the aimless, directionless series that followed. ~ Hal Erickson, Rovi

Critic Reviews for Starlost: The Beginning

There are no critic reviews yet for Starlost: The Beginning. Keep checking Rotten Tomatoes for updates!

There are no featured reviews for Starlost: The Beginning at this time.