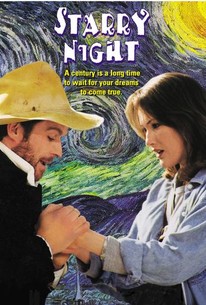 How would you feel if you came back to life over a century after your death to discover that you'd become famous in the interim? A woman creates a magic potion that can bring people back from the dead, and first recipient of this special treatment in none other than Vincent Van Gogh (played by Abbott Alexander). Vincent finds himself alive and more than a bit disoriented on our astral plane as he finds himself in the midst of the Tournament of Roses Parade. Since he died obscure and penniless, Vincent is amazed to discover that his work has become well-known and quite valuable; he begins stealing his works from art galleries and collectors, while Murphy (Sally Kirkland), an LAPD detective, is assigned to find whoever's been heisting all the Van Goghs in the area. Vincent has a hard time getting anyone to believe he is who he claims to be, though his lawyer (Lou Wagner) and a young painter (Lisa Waltz) seem to be convinced. Director Paul Davids was best-known for his television work and for the documentary Timothy Leary's Dead.

Scott Fortes
as Off. Larson

What if Vincent Van Gogh somehow could return to see how people actually appreciated him now?

There are no featured audience reviews yet. Click the link below to see what others say about Starry Night!