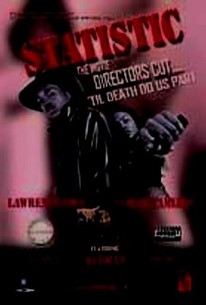 Hardcore hip-hop acts Redman, Mobb Deep, and the Lost Boyz add street credibility to this rap-infused tale of gangsta life. A ghetto hustler (Lawrence Page -- who also directs) falls in love with a woman (Tamiko Cameron) and wants to go straight. However, tempted by the promise of easy money, he falls back into his troubled past. A compelling soundtrack of rap music adds grit and funk to the film.

There are no critic reviews yet for Statistic. Keep checking Rotten Tomatoes for updates!

There are no featured reviews for Statistic at this time.