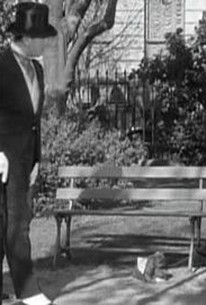 Step Lively, Jeeves was the second 20th Century-Fox programmer to star Arthur Treacher as P.G. Wodehouse's resourceful butler Jeeves. In the first film, Thank You, Jeeves (36), the faithful family retainer extricated his boss Bertie Wooster (David Niven) from a jam. In the second film, Jeeves is on his own as he heads to America to claim an inheritance. The legacy turns out to be a phony, engineered by a pair of con men who plan to use Jeeves as the fall guy for a gangster plot. But Jeeves foils the scheme using his inbred wit--and a little larceny of his own.

Alan Dinehart
as Cedric B. Cromwell

Franklin Pangborn
as Gaston
View All

There are no critic reviews yet for Step Lively, Jeeves. Keep checking Rotten Tomatoes for updates!

There are no featured reviews for Step Lively, Jeeves at this time.