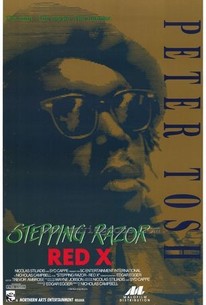 British filmmaker Nicholas Campbell explores the life and death of seminal reggae artist, and political activist, Peter Tosh in an attempt to lay to rest or prove the rumor that Tosh's demise was not due to his accidentally stumbling into an ongoing robbery in his house, but instead was a premeditated murder committed by those who did not want Tosh to set up a controversial, militant "Rasta Reggae Radio" station in Jamaica. Much of Campbell's film centers upon an audiotape discovered after Tosh's death in September, 1987. The tape was apparently to be used in Tosh's autobiography and contained the subversive (and some believe prescient) message "Truth has been branded outlaw and illegal. It is dangerous to have the truth in your possession. You can be found guilty and sentenced to death." As the film unspools, Campbell intersplices interviews, scenes from Tosh's life, and concert footage to recount his rise from religious, poor country boy to one of the world's reggae icons.

Shapeless, over- edited (it wants to simulate Tosh's visions) and often incoherent, though at times it provides vivid flashes of the energy, poverty, [superstition] and spirituality of Tosh's Jamaica.

There are no featured reviews for Stepping Razor Red X at this time.