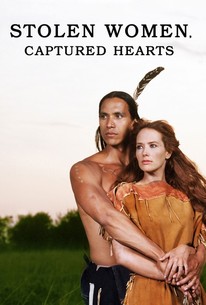 Based on a true story, the made-for-TV Stolen Women, Captured Hearts takes place in Kansas in 1868. In retribution for the genocidal attacks of General George Armstrong Custer, a band of Lakota Sioux kidnap a pair of white women, Anna Brewster Morgan (Janine Turner) and Sarah White (Jean Louisa Kelly). At first terrified of her captors, Anna eventually falls in love with the noble, honorable Sioux warrior Tokalah (Michael Greyeyes). After a year's captivity, Sarah is returned to her own people--and now she must choose between her new life with Tokalah and her previous existence as the wife of farmer Daniel Morgan (Patrick Bergin), a man she hardly knows. Stolen Women, Captured Hearts made its CBS network bow on March 16, 1997.

Rodney A. Grant
as Sioux Warrior

Yvonne Russo
as Peapod
View All

There are no critic reviews yet for Stolen Women, Captured Hearts. Keep checking Rotten Tomatoes for updates!

There are no featured audience reviews yet. Click the link below to see what others say about Stolen Women, Captured Hearts!