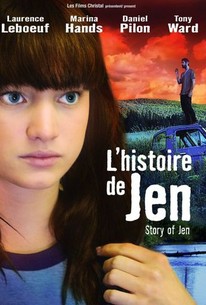 A socially isolated Quebec teen is drawn into a shocking relationship that will shake the foundation of her fractured family in this drama from first-time writer/director François Rotger. Sixteen year old Jen (Laurence Leboeuf) isn't like most of her classmates; she doesn't go out partying on the weekend, and she doesn't even wear make-up. Meanwhile, Jen's mother Sarah (Marina Hands) has more regrets than she can remember, and burdens her teenage daughter with each and every one of them. The fragile relationship between mother and daughter is pushed to the breaking point when Jen's father commits suicide, and his half-brother Ian shows up looking for a place to stay. In time, Jen's feelings for Ian begin to morph into something beyond that of your typical uncle/niece relationship. When Ian takes advantage of Jen's vulnerability then disappears without a trace, her infuriated mother vows to track him down and ensure that his transgression does not go unpunished.

Richard Robitaille
as Man in a cheap suit

Joy Wielard
as The 'deer woman'

Critic Reviews for Story of Jen

There are no critic reviews yet for Story of Jen. Keep checking Rotten Tomatoes for updates!

There are no featured reviews for Story of Jen at this time.