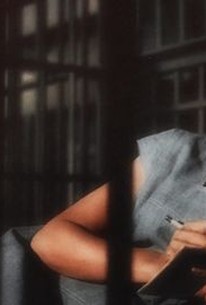 The Story on Page One Photos

A suspenseful courtroom drama, The Story on Page One was the second and last film directed by the distinguished American playwright Clifford Odets (who also wrote the screenplay). Jo (Rita Hayworth) and Larry (Gig Young) are lovers accused of murdering Jo's husband. Their trial lawyer, Victor Santini (Anthony Franciosa) has his work cut out for him on two different fronts. For one, he has to overcome his own tendency to hit the bottle, and for another, he has to somehow win this case. As revealed in the beginning, Jo's husband died accidentally. Yet the unpredictability of the courtroom proceedings indicate that a verdict of "not guilty" is going to be anything but automatic.

Critic Reviews for The Story on Page One

This tough and honest film was written and directed by Clifford Odets. Especially notable is its swift but unhurried cross-cutting from face to face during the climactic moments...

I never overestimated Mr. Odets, not even in the Thirties when he was the Paddy Chayefsky of the Left. Now he is on the little-man-what-now kick and the results are even more painful.

An above par courtroom drama.

Audience Reviews for The Story on Page One

The Story on Page One Quotes