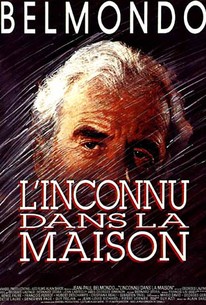 Loursat (Jean-Paul Belmondo) is a lawyer who has spent the last decade drinking himself into insensibility with a huge cache of gourmet wine in response to his grief at the death of his beloved wife. In the process, he has managed to alienate his now-grown daughter and is barely on speaking terms with his housekeeper. However, finding the corpse of a murdered young man in a room in his house snaps him out of his protracted reverie. He sobers up, investigates the murder, and takes his place in the courtoom to straighten out this mess. In the process, he wins back the respect and affection of his family. This courtroom drama and mystery is based on one of Georges Simenon's many novels. ~ Clarke Fountain, Rovi

There are no featured reviews for Stranger in the House (L'Inconnu dans la maison) at this time.