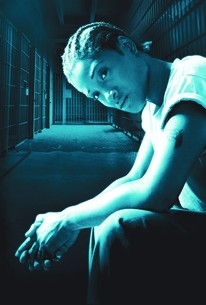 In this gritty drama, a woman discovers that her long-lost mother is now her partner in a cutthroat prison gang. Treasure (Yolonda Ross) is a young African-American woman who grew up without a mother and has been in trouble with the law most of her life after falling in with a rough-and-tumble street gang. Treasure has long been told that her mother, a hard-as-nails female criminal nicknamed "Brownie," died years ago, but one of Treasure's best friends and gang-sisters tells her about meeting a hard-core "lifer" named Brownie in an adult lockup, and Treasure wonders if she might be her mother. About to turn 21, Treasure goes out of her way to break enough rules to be sent to the State Facility for Women, where Brownie (Davenia McFadden) is also held. Treasure soon meets Brownie and discovers she is indeed her mother, but finds that the longtime prisoner would prefer to regard her as a gang ally than as a daughter. Treasure also learns that not everyone welcomes her presence in Brownie's gang, especially Kit (Rain Phoenix), a drug dealer who runs with Brownie and feels that her daughter is forcing her to divide her loyalties. Stranger Inside was directed and co-written by Cheryl Dunye, who previously made the controversial independent feminist satire The Watermelon Woman; the film was premiered at the 2001 Sundance Film Festival prior to its telecast on the premium cable network HBO, which financed the project.

Verda Bridges
as Sabrina
View All

Critic Reviews for Stranger Inside

STRANGER INSIDE 'Dunye puts into question how issues of race and class have become a caste system for the incarcerated.

Audience Reviews for Stranger Inside

Intriguing! I've seen this several years ago, and had forgotten the title of it. Just came across it, and I'm glad that I did.