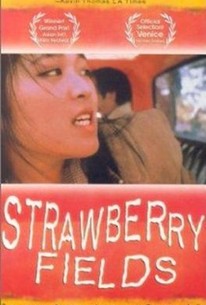 A rebellious sixteen year old Japanese American girl named Irene searches for self-identity within the turmoil of 1970s America. Haunted by the recent death of her baby sister, Irene discovers the reality of her familyís history as Japanese Americans interned during World War II. She is frustrated and moody due to her repressive home life and shares a pyromaniac fascination with her dead grandfather. Irene responds by burning all her motherís photographs and remaining family heirlooms and sets out on a cross country journey with her boyfriend, Luke, in search of her familyís hidden past. Throughout the journey, she is guided by the ghost of her sister (whose death has been a struggle for her). Irene meets up with Aura, a political activist, whose parents were interned at the same camp on the road. In the end, they travel together to the site of their parentsí former prison to come to terms with their parentsí experiences in camp. The film is an uncompromised reframing and rearticulation of how the internment/concentration camps have affected generations of Japanese Americans in memory and in life.

There are no critic reviews yet for Strawberry Fields. Keep checking Rotten Tomatoes for updates!

There are no featured audience reviews yet. Click the link below to see what others say about Strawberry Fields!