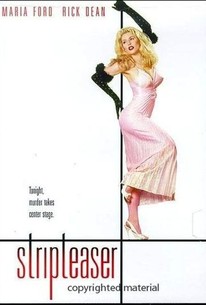 Murder, lurid sex, and clowns drive this exploitation flick in which a psychotic loner terrorizes a strip club, "Zipper's Clown Palace," and takes everyone hostage at gun point. He then proceeds to force a weedy nerd to have sex with a stripper, while quizzing his frightened prisoners on trivia about the 1960s musical Gyspy. Duane Whitaker, who played Maynard in Pulp Fiction, wrote the script.

Candi Villalobos
as Housewife
View All

within the limited confines of its genre, it succeeds

There are no featured reviews for Stripteaser at this time.