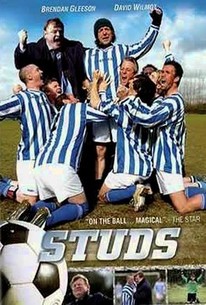 Locked into a steady losing streak thanks to their hapless coach, their flimsy defense, and their dispirited team captain, Emmett Rovers Football Club receives a much-needed blast of motivation in the form of a new coach that promises to lead them all the way to the championships. Now, as the unruly pub team pushes past the pain, they quickly learn that a little self-discipline can ultimately result in both redemption, and a newfound sense of self-respect. Brendan Gleeson, Shaun Elebert, and David Herlihy star in an underdog sports comedy from writer/director Paul Mercier. ~ Jason Buchanan, Rovi

There are no critic reviews yet for Studs. Keep checking Rotten Tomatoes for updates!

There are no featured reviews for Studs at this time.