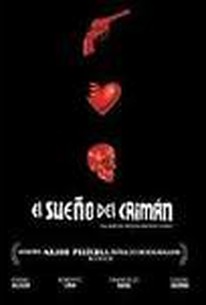 A thief discovers that crime runs in the family in this playfully dark comedy from Mexico. Inaki (Daniel Guzman) is a petty thief who makes his way pulling stickups with an elderly partner in crime (Francisco Rabal). The old man dies in the midst of a robbery, which attracts more police attention than Inaki is used to, and he flees to Mexico until things cool down. In Guadalajara, Inaki finds himself crossing paths with Patxi (Kandido Uranga), his father, with whom Inaki hasn't always been on good terms. Patxi and his brother, El Caiman (Rafael Velasco), live in a rooming house run by a cheerful drag queen, Aunt Carmen (Roberto Espejo). Inaki soon moves in as well, and begins dating Aunt Carmen's niece, Anita (Sara Ruiz), which pleases Carmen as he's certain Inaki is going to be a doctor some day. Patxi and El Caiman, however, have a different estimation of Inaki's talents; Caiman knows about his nephew's criminal career, and he'd like Inaki and Patxi to help with a bank robbery he wants to pull, in order to finance the upscale nightclub he's long dreamed of opening. ~ Mark Deming, Rovi

There are no critic reviews yet for El Sueno Del Caiman. Keep checking Rotten Tomatoes for updates!

There are no featured reviews for El Sueno Del Caiman at this time.