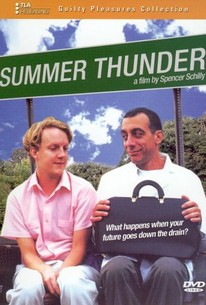 A bizarre accident sends a young boy on a strange 20-year journey through drugs, minor-league celebrity, porn stardom, and unwanted attention from chicken hawks of all sorts in this bizarre independent black comedy. Billy Lee Tucker (Matthew Sandager) gained a certain degree of unwanted fame when he was eight years old. While his mother was enjoying an assignation in a room at a cheap motel, Billy was left to wait in a hot tub, and his penis became caught in the tub's filter, severing much of his young member. The event put Billy at the center of a local scandal in his small Mississippi town, causing no end of humiliation and familial chaos. Eventually, Billy ditched town and ended up in New York City, where in his late teens and early twenties he put his boyish appearance to work starring in a series of gay porn films as "Fox E. Bottoms." But once he got a bit older, Billy found himself too mature-looking for the roles he'd been playing, and he was relegated to the lowly status of fluffer and gofer for Peachfuzz Pictures. After Billy accidentally injures an actor, he finds himself out of a job altogether -- just in time for his hometown newspaper to run a story commemorating the 20th Anniversary of his accident, which sends a handful of people he'd just as soon never see again on his trail. Summer Thunder was the first feature film from writer and director Spencer Lee Schilly.

Paul Marlow
as Daniel the Camel

There are no critic reviews yet for Summer Thunder. Keep checking Rotten Tomatoes for updates!

There are no featured reviews for Summer Thunder at this time.