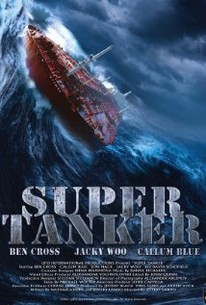 In a top Secret facility on Alaska's North Shore our government's most dangerous cold war artifacts lie dormant. It is here that ICE-10, a anti-matter last resort weapon developed from fragments brought to earth by a meteor. However, when a small amount is removed for further testing at a top secret facility, the military transport plane goes down and the anti matter escapes wiping out an entire town in Northern Canada. Understanding the destructive capacity of the material the U.S. Government decides to ship off the remaining material on a special container on board a Super Tanker to be dropped in the deepest trench in the world, The Marianas. If the Tanker doesn't make it, mankind will be wiped out form the face of the earth.

Jesse Steele
as Randall
View All

There are no critic reviews yet for Super Tanker. Keep checking Rotten Tomatoes for updates!

There are no featured reviews for Super Tanker at this time.