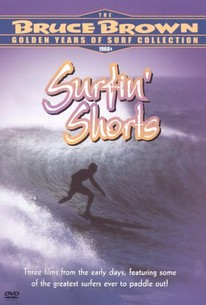 Famed surfing documentary filmmaker Bruce Brown made short films, commercials, and worked in television before hitting it big with The Endless Summer. This video features three of these early works. The Wet Set is a film produced for Hobie-MacGregor Sportswear, which features surfers modeling swimwear (on the waves). America's Newest Sport is a short film about skateboarding. The third piece consists of surfing footage shot in Japan that was cut from The Endless Summer.

There are no critic reviews yet for Surfin' Shorts. Keep checking Rotten Tomatoes for updates!

There are no featured reviews for Surfin' Shorts at this time.