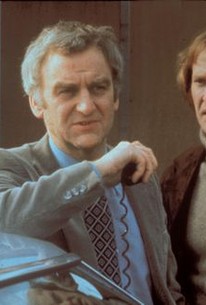 The Sweeney started out as a British TV detective program all about Scotland Yard's Flying Squad. Its popularity spawned a reasonably satisfying 1976 feature film, starring the TV series' Tom Thaw. In Sweeney 2, Thaw is called upon to solve a series of carefully orchestrated bank robberies, which turn out to be the handiwork of an elite team of crooks headquartered in a posh Maltese apartment complex.

An improvement on its predecessor, with this Regan behaving more like the one seen on the telly.

Stripping things back to their core, it's a more satisfying approach and manages to feel truer to the appeal of the series and at the same time expand upon it.

There are no featured reviews for Sweeney 2 at this time.