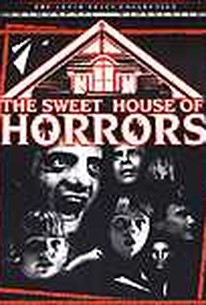 Italian schlock-horror director Lucio Fulci helmed this 1989 made-for-television ghost story, featuring his trademark gore mixed with a fairy-tale plot. The film tells the story of a couple who are brutally murdered in a stomach-turning scene. Afterwards, the man and woman return as spirits to look after their children and cause havoc for their up-to-no-good living relatives. Originally titled La Dolce Casa Degli Orrori, The Sweet House of Horrors stars Jean-Christoph Brétigniere, Vernon Dobtcheff, Cinzia Monreale, and Lino Salemme. ~ Matthew Tobey, Rovi

There are no critic reviews yet for La dolce casa degli orrori (Sweet House of Horrors). Keep checking Rotten Tomatoes for updates!

There are no featured audience reviews yet. Click the link below to see what others say about La dolce casa degli orrori (Sweet House of Horrors)!