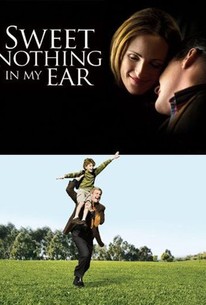 Sweet Nothing in My Ear Photos

A married couple locked in separate realities is faced with the most difficult decision of their lives after learning that their son, who loses his ability to hear at age four, could potentially regain his hearing with the help of cochlear implants. Dan Miller (Jeff Daniels) and his wife Laura (Marlee Matlin) may be husband and wife, but they're also best friends. Laura is deaf, while Dan has always been able to hear. When their four year old son Adam (Noah Valencia) suddenly loses his hearing, Dan and Laura find themselves hopelessly at odds over how to handle the situation. Laura has dealt with deafness her entire life, and believes that her son's handicap is only a minor obstacle. Dan, on the other hand, is determined to give his son a shot at living a more normal life, and becomes staunchly convinced that modern technology can make that possible. But the more research Dan conducts into cochlear implants, the clearer Laura makes it that she is completely opposed to the idea of surgery for their son. As the conflict between the couple comes to an impassioned head, Laura and Dan struggle to put aside their differences decide which option would be best for Adam's future.

Critic Reviews for Sweet Nothing in My Ear

There are no critic reviews yet for Sweet Nothing in My Ear. Keep checking Rotten Tomatoes for updates!

Audience Reviews for Sweet Nothing in My Ear

There are no featured audience reviews yet. Click the link below to see what others say about Sweet Nothing in My Ear!

Sweet Nothing in My Ear Quotes