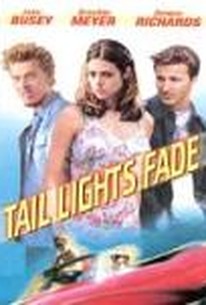 Fast cars, quarreling lovers, two-faced drug dealers, and a house full of marijuana collide head-on in this comic road movie. Cole (Breckin Meyer) and Bruce (Jake Busey) run an auto repair shop for vintage cars; the shop is steadily losing money, thanks to Bruce's refusal to work on cars he believes are beneath his dignity and his habit of supplementing his pay by dipping into the cash register. Cole also has problems at home, where his long-time girlfriend Angie (Tanya Allen), is giving him grief about his immaturity. Angie gets word that her brother Ben (Jaimz Woolvett), who grows marijuana in Vancouver, has been busted and needs someone to clear out his grow house before the cops can get to it. However, Angie is in a race with Ben's double-crossing girlfriend Eve (Elizabeth Berkley), who hopes to sell Ben's marijuana behind his back. Angie needs to make tracks to Vancouver, and Cole offers to help her, but Angie is not happy when Bruce and his crazy girlfriend Wendy (Denise Richards) invite themselves along and turn the trip into a road race. Tail Lights Fade features a stellar alternative rock soundtrack, including songs by The Minutemen, The Lyres, The Demolition Doll Rods, The Misfits, Buffalo Tom, and The Modern Lovers. ~ Mark Deming, Rovi

Sure, it's a misfire, and that's a shame because the genus of something good is present.

There are no featured audience reviews yet. Click the link below to see what others say about Tail Lights Fade!