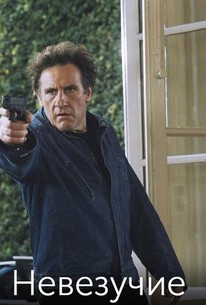 Gerard Depardieu and Jean Reno headline this comedic chase film about a pair of escaped convicts with two very different goals. Ruby (Reno) is a criminal with real gusto; in addition to stealing a crime boss' wife, he also made off with most of the gangster's cash. He almost got away with it, too. Now serving hard time for his bold crime, Ruby runs into Quentin (Depardieu), a desperate inmate with a brilliant escape plan. Before long, Ruby and Quentin are back on the outside. But they're hardly free; the cops are searching high and low for the fleeing convicts, and Ruby has a high price on his head. All Quentin wants is to maintain a low profile and open a coffee-house, but Ruby won't be happy until he's taken revenge on the criminal who had him incarcerated. Perhaps with a little look, both men will get what they're after.

Armelle Deutsch
as Girl on Mobile

Although it tends to be quite oversimplistic at times, in general "Tais-toi!" is hilarious. Its main star, Gérard Depardieu, is flawless.

You can't stop laughing while watching this film.